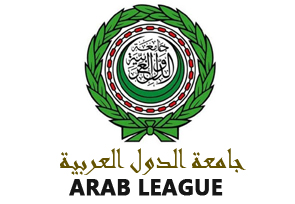 This article was published in the Huffington Post on December 27, 2012.

Go here for Part One

Nine months ago, I wrote that the 22 member Arab League and 56 member Organization of Islamic Cooperation demanded a UN (Western) intervention in Syria to protect Syrian civilians against President Bashar al-Assad’s brutal crackdown.

Fact: Muslim nations are perfectly capable of intervening themselves. That is, if they wanted to.

In March 2012, there were more than 7,500 Syrian deaths. Now there are more than 40,000 deaths, half a million refugees and 2.5 million internally displaced persons. What will it take for Arab and Muslim nations to offer open and direct assistance to Syrian civilians? How many more must perish before someone responds to this crime against humanity?

In the West, mainstream news continues asking the wrong questions. Why is Russia and China protecting Assad by blocking UN resolutions? Should the West arm the Syrian opposition? Should the West impose a no fly-zone?

Why, it must be repeated loudly, clearly and in no uncertain terms, should the West intervene when Turkey, Qatar, Saudi Arabia, Pakistan, UAE and Morocco are perfectly capable of doing it themselves?

The reality has always been that disputes within the Arab world are not remedied by other Arabs. The Arab and Muslim world, which spends a disproportionate amount of their budget on military hardware sheepishly waits and relies on the West to save them.

During my interview with Ammar Abdulhamid, a Syrian dissident and founder of the Tharwa Foundation, he said that Arab and Muslim countries all have domestic concerns which prevent them from intervening in Syria. Abdulhamid added that this enormous and influential bloc of nations is too terrified to act alone, and therefore require international support to act in Syria. At least that is what Arab leaders say privately, he said.

Why are Arab and Muslim leaders reluctant to unilaterally impose their own no fly-zone to protect Syrian civilians? They could use Turkish airbases to accommodate their Western made fighter jets. But these same leaders waste no time when it comes to condemning Israel and embracing Hamas.

In October, the Emir of Qatar became the first international leader to visit Hamas leaders in Gaza since the Islamist militant group seized the territory from the Palestinian Authority by force in 2007.

Egyptian President Mohamed Morsi denounced Israel as the aggressor for defending itself against Hamas after the terrorist group launched over 100 rockets indiscriminately at Israeli civilians. Some rockets even reached as far as the outskirts of Tel Aviv and Jerusalem.

Turkish President Recep Tayyip Erdogan condemned Israel as a “terrorist state” and guilty of “ethnic cleansing” for its military campaign against Hamas. Does he truly believe that Israeli behavior is worse than Assad’s? Or can he just not control his hatred for Israel and enjoys relishing in any opportunity to falsely equate Israeli behavior with fascism?

Upon Turkey’s request, NATO will provide Ankara with Patriot anti-missile batteries, which NATO ministers stated would not be used in an offensive attack against Assad or as a no fly-zone.

Erdogan and the Arab leaders have the same narrative — criticize Israel and ignore the suffering of fellow Muslims when the killing is done by other Muslims — and then, of course, criticize the West for not helping.

Go here for Part One