While King Abdullah has managed to prevent the Syrian civil war from destabilizing Jordan, Lebanon, with its fragile government, delicate sectarian balance and history of invasions, wars and occupations, may not be as lucky. END_OF_DOCUMENT_TOKEN_TO_BE_REPLACED

Nick Ottens, a Dutch journalist and analyst at the geopolitical consulting firm Wikistrat, has a new piece in the Atlantic Sentinel in which he examines prospects for Assad’s survival and if he will seek refuge in an Alawite enclave in northwest Syria.

Apart from his own analysis, Ottens includes insights from other Middle East specialists including yours truly. 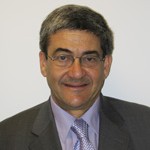 Josef Olmert writes in a guest column for Levantine Routes

The battle for Aleppo, Syria’s second largest city, is not “the decisive last battle” of the Syrian civil war.  The conflict is clearly leading to the removal of the current leadership from Damascus, as well as Aleppo, but not necessarily from Syria.  The Assad-Alawite –Ba’th regime is preparing the mountainous Alawite region of North-West Syria to be their last bastion, and they can fortify themselves there for a while, even if, as seems inevitable, they will lose control of the main Sunni-dominated regions. END_OF_DOCUMENT_TOKEN_TO_BE_REPLACED

Syrian dictator Bashar Assad has been away from the public eye since a spectacular suicide bombing attack rocked Damascus, killing the defense minister and other key officials. Unconfirmed reports stated Assad has fled the capital; either to his Alawite stronghold in Latakia or to his erstwhile ally Russia. His whereabouts have become the case of further speculation after he praised his troops not in a public address or even a pre-audio recording, but in the magazine of the armed forces. END_OF_DOCUMENT_TOKEN_TO_BE_REPLACED

On February 23, Arab League chief Nabil ElAraby urged the United Nations Security Council to issue a ceasefire in Syria. This appeal comes 11 months after Bashar Assad began his brutal crackdown, which has taken the lives of more than 7,500 civilians.

What then, precisely is the purpose of the Arab League? Formed in 1945, Article II of the Arab League Charter states that its mission is to strengthen ties between member states and “safeguard their independence and sovereignty; and a general concern with the affairs and interests of the Arab countries.” While Articles V and VI stipulate that resorting to force between two or more member-states is prohibited and may lead to suspension from the League, there is no clause specifying appropriate action if a member-state oppresses its citizens. END_OF_DOCUMENT_TOKEN_TO_BE_REPLACED